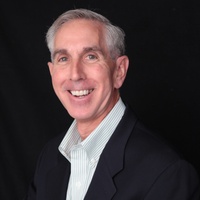 Steve graduated from the University of Illinois - Urbana-Champaign in 1977 with a bachelor’s degree in Accounting. He joined Marvin M. Siegel CPA, PC in 1982. In 1989, he became affiliated with Hochman & Baker Securities, until switching to Cetera Financial Specialists LLC in 2004 and joining Cetera Investments Advisers LLC in 2005.

Steve is a licensed CPA. He holds his Series 6, Series 63 and Series 65 registrations. He is also licensed in life, health and variable insurance.

Steve was given the Award of Excellence by Cetera Financial Specialists LLC in 2004 and has been a member of the Leader's Council from 2007 to 2019. He was a member of the President's Council in 2020 and 2021.

Steve currently lives in the South Loop neighborhood of Chicago, with his wonderful wife, Nancy, and kitty, Flora. His hobbies include basketball, golf and wine. In his free time, Steve spends time in Sanibel, Florida, with friends and family.