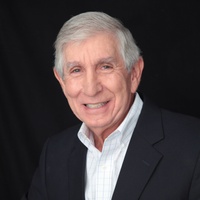 Marvin is a licensed CPA. He holds his Series 6, Series 63 and Series 65 registrations. He is also licensed in life, health and variable insurance.

In 1976, he opened Marvin M. Siegel CPA, PC. Then in 1989, he became affiliated with Hochman & Baker Securities, until switching to Cetera Financial Specialists LLC in 2004 and joining Cetera Investments Advisers LLC in 2005.

Marvin is a member of the Illinois CPA Society and Temple Jeremiah. He currently lives in Glenview with his wife Rachel and enjoys spending time with his children and seven grandchildren.

In his spare time he likes to bicycle, shoot a few rounds of golf, play tennis and enjoys traveling to see his grandchildren in Austin, Chicago and Los Angeles.